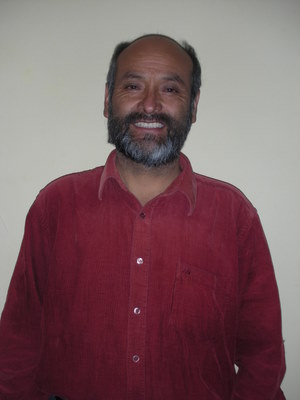 In the 1970s Luis Delgado, a Peruvian from the Andean city of Jauja, lived and studied at an international school and college in Huaraz which was run by Americans. The philosophy of this educational group was based around the community and emphasized the importance of working together. This philosophy perfectly aligned with the underlying principles of Peruvian culture.

During his time at both the school and college he picked up conversational English and enjoyed interacting with different cultures. He was exposed to volunteers from the Peace Corps who were also involved and confirmed his belief that we are all part of one global community.

With a realization of the opportunities English provided and a passion to help his local people he studied arts, social science and teaching and pursued a career as an English teacher. In 2000 an English volunteer was placed at the secondary school where Luis was working to help teach English. Their placement was arranged by a volunteer organization based in England which had connections with another placement organization in Lima. Luis jumped at the chance to work with the volunteer and expose his students to a native English speaker and their culture. The experience was enriching for all involved and the idea for a new volunteer organization was born.

Luis originally partnered with the volunteer and a staff member from the Lima organization to form Teach Peru in 2002. Successful and rewarding placements were arranged for many English speaking volunteers in both Huaraz and Lima. With his strong community connections Luis further developed the volunteering opportunities in Huaraz and founded Teach Huaraz Peru in 2006.